On loss, grief and mourning.

Loss, it’s part of life and inevitably we will all experience it many times. Some people go through a process and come out the other side, while others either don’t suffer at all or seem to suffer for longer or more deeply. Here’s a closer look and what might help. 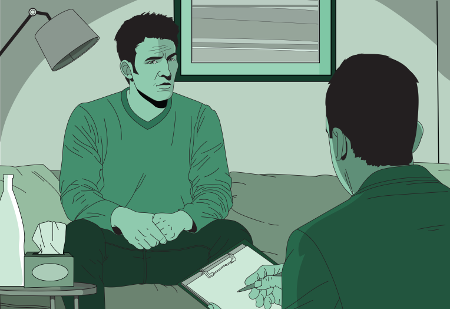 Most people have heard of the five stages of grief: denial, anger, depression, bargaining and acceptance. This model of grief originates with Elisabeth Kubler-Ross and was intended to apply to those who were terminally ill, not those who had lost someone. It was later adapted to encompass those who had lost but the stages have, in becoming popular, been simplified and misunderstood over the years. There are many responses to the death of someone close with no set time period after which we return to our normal selves. Coming to terms with loss is different for everyone and there are many factors involved.

You may experience more than the five stages mentioned above, you may also experience shock, numbness, disbelief, yearning, emptiness, searching, anxiety, guilt, depression, stigma, loss of faith or loneliness. These feelings don’t always fit into the Kubler-Ross stages and won’t follow a set pattern or a particular order. Questions I often hear from the people I’ve worked with over the years is “is this normal?”, “am I doing it right?”, “will it ever get better?” and more often than not the answer is “Yes”. Most people deal with loss at their own pace, with the support of friends and family who may also be suffering and with this shared burden learn to live with the huge gap left by the lost person. Sometimes it’s more complicated or complex or problematic.

Sometimes our reaction to a loss can be classed as chronic mourning which is prolonged and intense and may include anger and self reproach, an absence of sorrow, disorganisation, hypochondria and despair. It could be suppressed, delayed or absent for long periods with physiological complains emerging or sudden depressions or overwhelming emotion, which then leads to chronic mourning. Sometimes there could be a kind of euphoria and refusal to believe in the death or loss or a belief that the death is helpful for the deceased.

What can complicate grief and mourning is the closeness of the relationship and it most often occurs when we lose an immediate family member who we were very attached to. This is especially true when the death has been sudden or unexpected and also where there has been a prolonged period of nursing the deceased.

What is helpful in mourning is support from those around you, whether that is other family members, friends or GPs, ministers or priests, who can engage with the expression of emotion. Religion or faith can also help, as can cultural rituals around death and loss. So talking about the deceased and expressing your hurt, anger and pain are all ways of working through and processing the loss.

I once worked with someone a few years ago who’d suffered a traumatic loss. He’d been a passenger in a car. He and his cousin were driving on a country road in Perthshire. They overtook a slow moving tractor and had a head on collision with another vehicle. His cousin was killed and once conscious it was some time before he was freed from the car. He’d suffered terrible nightmares, guilt and bouts of anger following this and had started using drugs to blank out the overwhelming emotions and memories of the event and aftermath. I first saw him a few years after this had happened, he was in prison on drugs charges but had taken the opportunity to stop using. The nightmares had come back and he had to switch off the TV if there was a car chase because they induced panic attacks. It was a lot like post traumatic stress. He talked about it and worked through it with me. I also was practicing an alternative therapy at that time which could deal with trauma, which no doubt helped as well. The last time I visited him, he was in his cell watching Police, Camera, Action and the nightmares had stopped. He told me he’d finally started grieving for his cousin, six years after the accident.

There are many books and resources available to help with grief, I’ve listed some below.

The Courage to Grieve by Judy Tatelbaum

I’m Grieving as Fast as I Can by Linda Feinberg – for widows and widowers.

A Silent Grief by Henry Seiden and Christopher Lukas – on suicide.

If you want to read some theory on complex grief, you won’t do better than Attachment and Loss vol 3 by John Bowlby.