The truth in Big Little Lies

There is something deeply satisfying about this TV show. It’s much more than a whodunit, it’s not even about why, the why is obvious. It’s mostly about women and it has something almost unique in TV and especially in film: womens’ perspective on male violence. 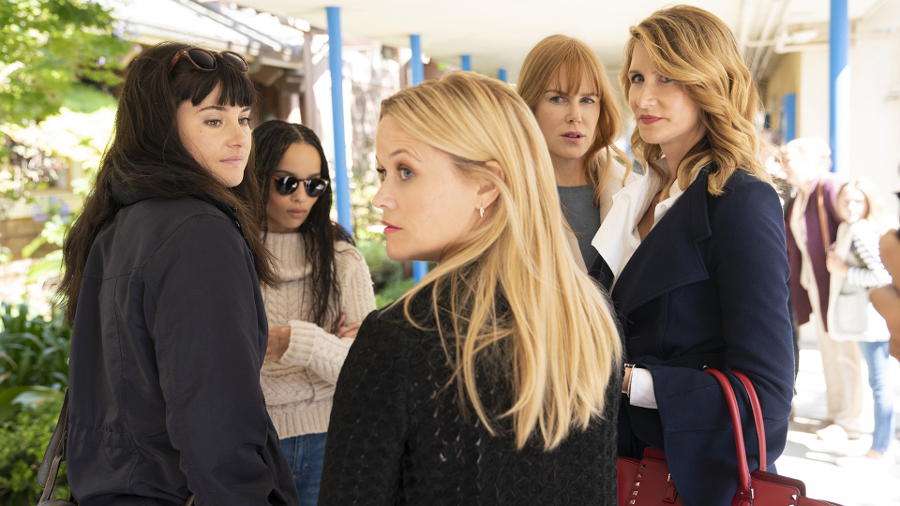 In the last week I’ve spoken to two people who’d seen the trailer for Big Little Lies and decided not to watch it because it was about ultra-rich, white women. Well, I guess that is true, ultra-rich (well, mostly) white (mostly) heterosexual women is an accurate description of the main characters. It’s a drama, a mystery as well as darkly comedic. It may play on soap opera tropes but scratch the surface and a deep truth is revealed slowly and exquisitely.

The first series is told almost entirely in flashback. It begins with a tragic event, someone has died at a school trivia evening but we’re not sure who. We’re also not sure if it was an accident or murder and if it was murder, who did it. This isn’t revealed until the final episode. Yes, most of the main characters are rich, but Jane isn’t. She’s a single mother living in a one bedroom rented apartment and has moved to Monterey (the picturesque setting) for unknown and slightly mysterious reasons. Most of the women are white, except Bonnie, a yoga teacher and now married to Madelaine’s ex-husband. Madelaine is rich but never went to college and has never had a proper job, unlike the hated Renata who is on the board at Google. Madelaine’s best friend Celeste was once a successful lawyer and seems to have the perfect marriage. These women are all different, complex and flawed.

The men, the partners of these women are each, in their own way, idiots. The complexity of the women and idiocy of the men are portrayed in very subtle ways. This show assumes the audience is intelligent; there is little exposition, everything is visual or subtle – the clues, the wardrobe, the emotional truth hidden under the words. The sexual violence is at first shocking and unexpected and as the story unfolds horrific in its utter predictability. There is, however, a more subtle violence at play throughout – every male character in some way is controlling and entitled. Patriarchy is exposed in this show, in the main themes but also at a more fractal, granular level – in the everyday, monotonous drudgery of life; from meeting for coffee to lining up in your SUV to drop your kids at school. There is a truth there in the language and relationships between the sexes.

The second series is more heavily focussed on motherhood and specifically in motherhood’s role in creating (or perhaps enabling) patriarchy. An essay on displaced guilt at the heart of it and a central scapegoat in the form of Meryl Streep’s portrayal of Celeste’s mother-in-law.

In an ironic twist Andrea Arnold, director of the second series, lost creative control after her job was done. Her work was edited by the first series’ (male) director, episodes were shortened, bits were cut and she had to reshoot parts she had already thought completed. Said director is on record as saying a second series wasn’t required, yet he leapt back on the gravy train after lots of awards were won, as executive producer. So behind the scenes, despite the novel on which the show is based being written by a women (Liane Moriarty), the second series directed by a woman and being taken into production by two women (Reece Witherspoon and Nicole Kidman) a man got the final say. Hmmm.

Despite that, it is definitely worth watching. TV like this should be the norm rather than the exception, Womens’ voices and perspectives stand out because we rarely see them portrayed with wit or subtlety and with such honesty (he says of a fictional show about (mostly) rich, Californian liars).

If you can, watch Big Little Lies and be kind to one another. It can be found on Now TV in the UK.